The Monty to Ellesmere 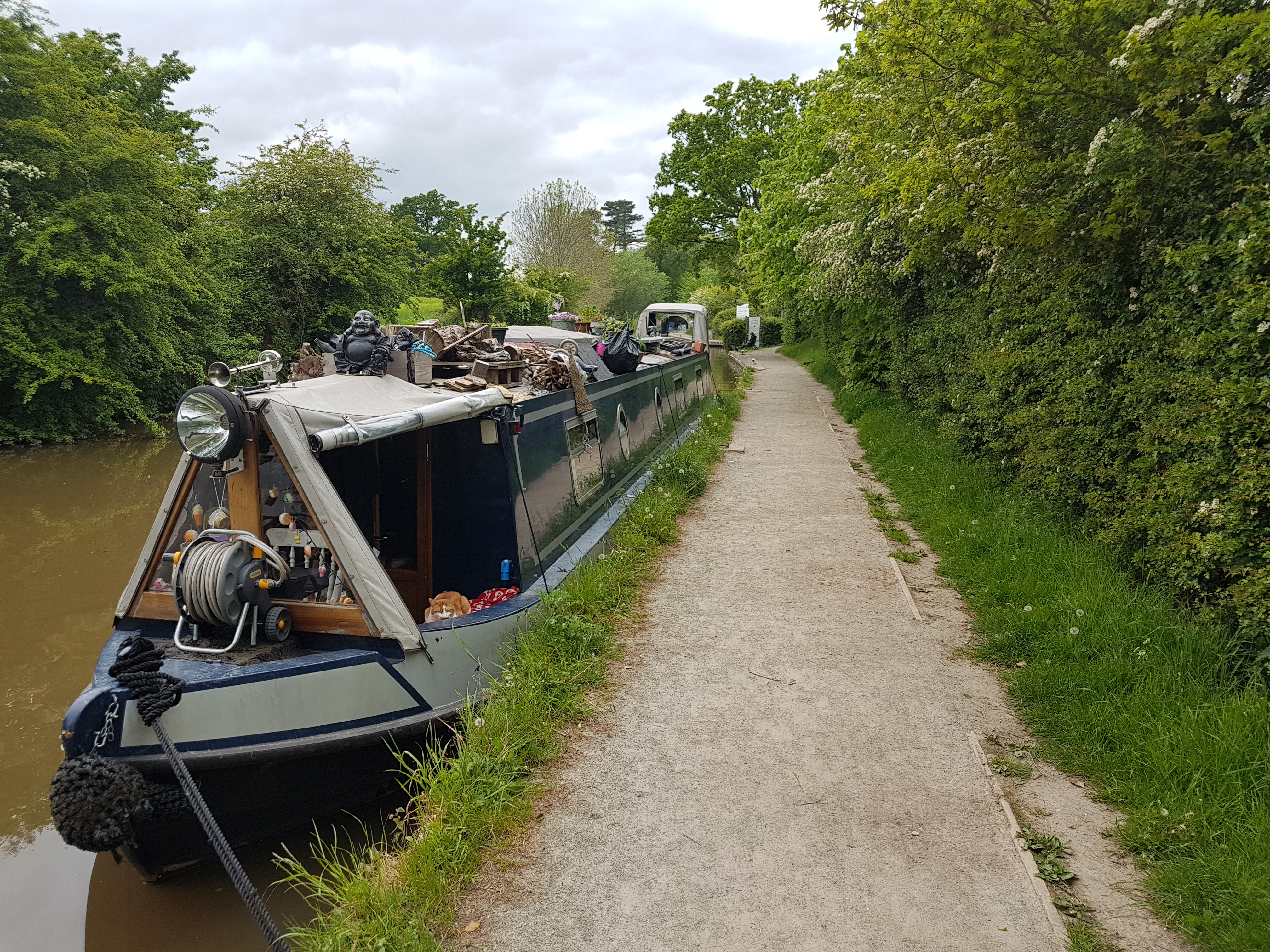 Just about got a signal this morning to allow me to log into the CRT web site and amend the booking before the 10am cut off..

Set off at 10:30 to get to the lock..  working on the thought that if we get there early, we can moor on the lock landing for an hour or so and be the first up – and yet again.. no chance!  There were two other boats there (one got here last night.. and one was with us at the water point last night!) and we needed to moor up using the pins off the end of the lock landing – and use the gang plank to get on and off the boat…

It got to 11:30 and the lockies opened up the locks and started letting us up – so we got an early start to the day..

It was still slow going, as we needed to stage boats going up with boats coming down..   so I’m waiting here half in, half out the lock for the boat thats coming down to exit the lock, we pass in the pound and I can go into the next one to keep moving up. 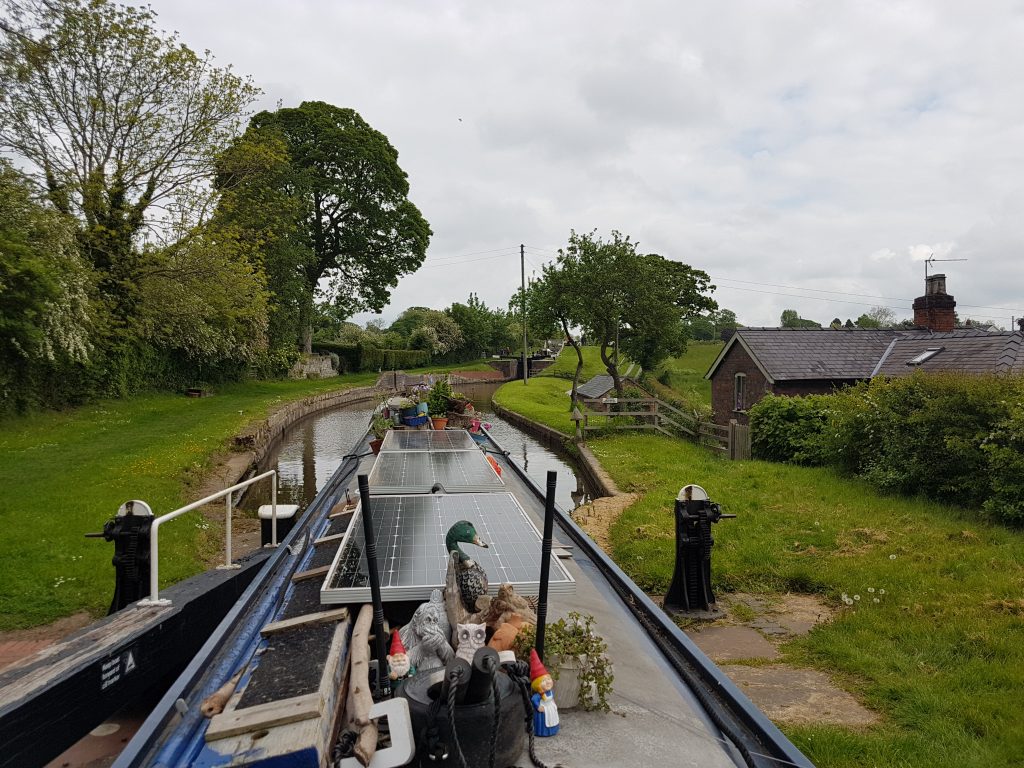 Eventually were up and out and back onto the Llangollen Canal.

Interesting way to populate you’re own mooring spot..  does this mean they rent it out 🙂

And I wondered what was making all the noise!

And were back into Ellesmere.

I wasn’t worried about the mooring, when we came through a week or so ago, there was 14day mooring spots the other side of the marina, so that’s what were heading for mainly so we can stay put for a while, get some work done – get the engine serviced as its long overdue an oil and filter change and chill for a few days, and Anna has some changes to the roof garden planned…

And not a bad spot..   the trees are not too over-hanging, so we get the sun for most of the day charging the batteries, Tesco’s is not too bad a walk..  and the post office in the town is still within walking distance.. plus..  we have a wonderful view of the marina entrance and the hire boats coming out and going in.. and rather entertaining it is too! 😀