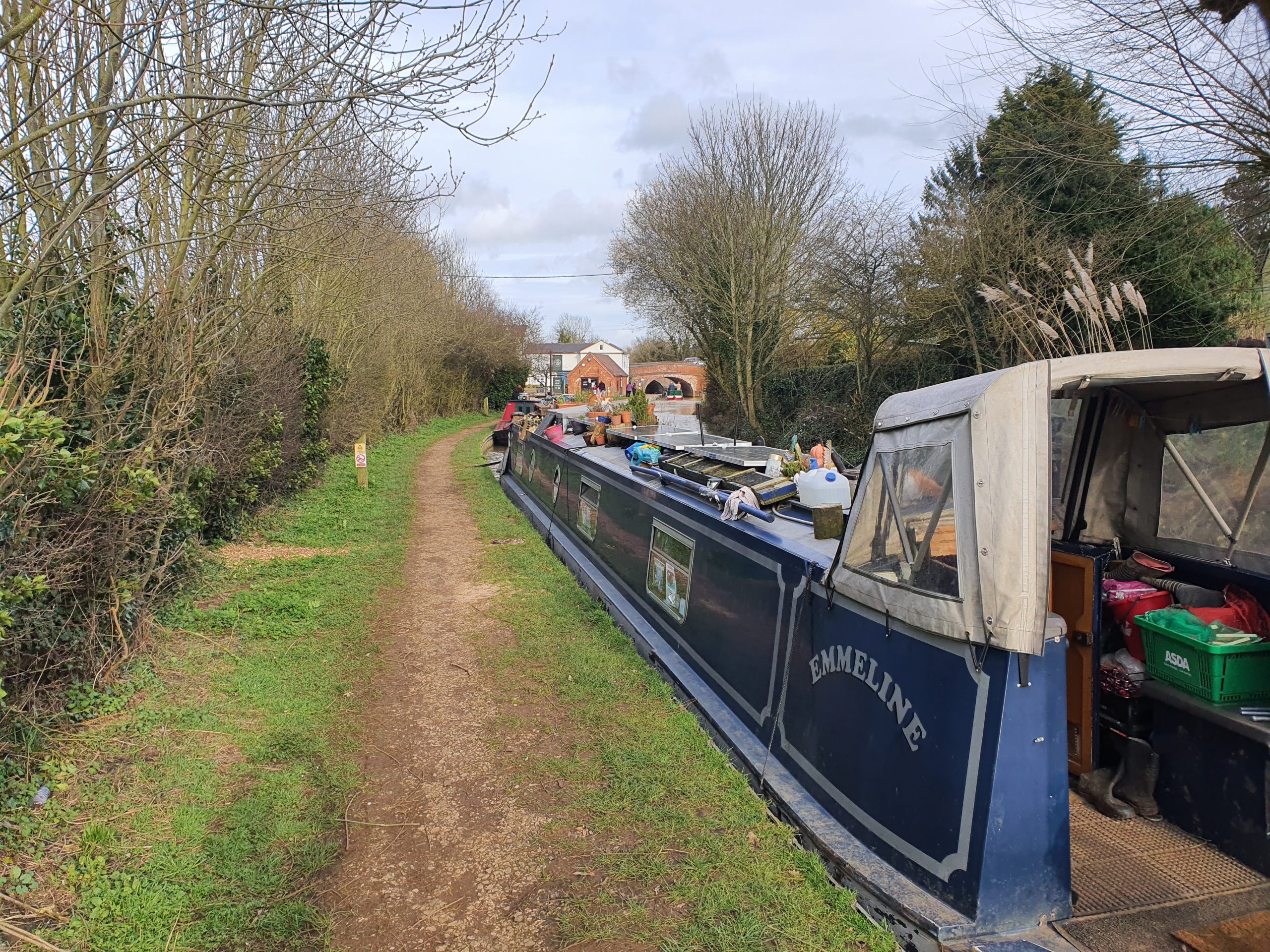 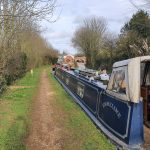 Time to go.   Another search.. another “no cat found” result – so we have to leave.

Were heading northwards towards the Ewewash Canal which is quite a way away.

First stop today – Cropredy Marina to top off the diesel tanks, get a pump out, swap out the 6kg empty gas bottle and fill the water tank. With all that done – time to go up the first three locks for today – but not without a little incident..  These two.. decided to take objection to Dawson walking past.. and went for him and chased him upto the 3rd lock!

Once through those three..  gently through and past the “Forge Farm” workshops and moorings.. 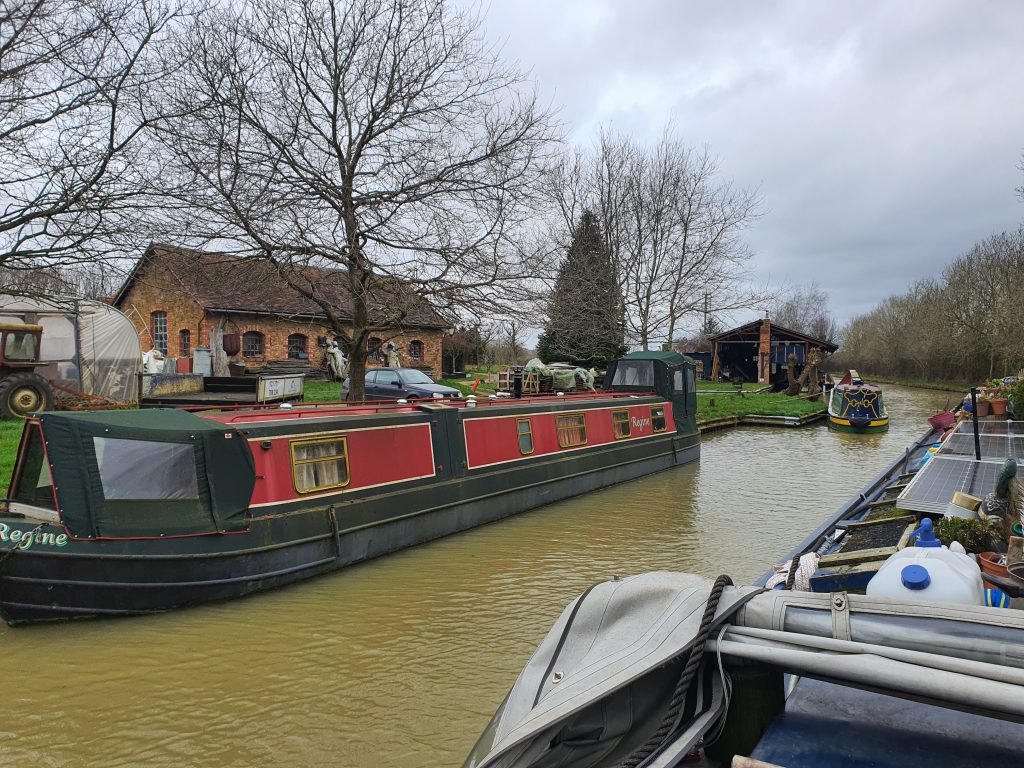 onto the Claydon flight of 5 locks.. 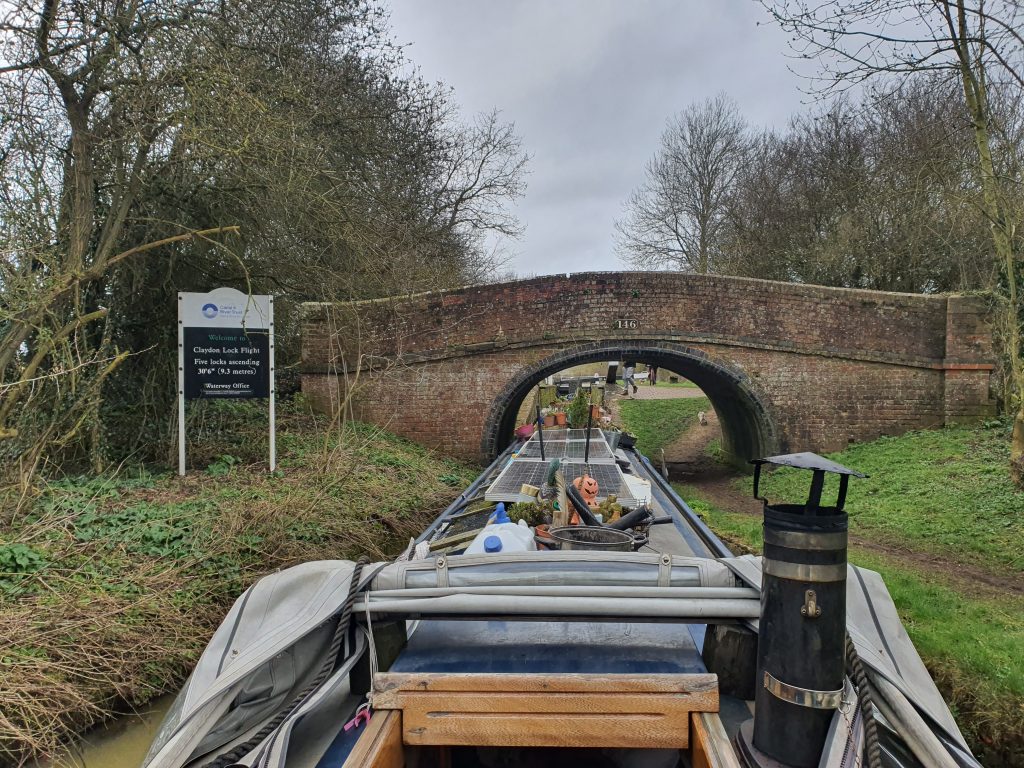 And a very rare sight..  a set of metal gates..  most lock gates you will find – whilst all custom made – are wood as its an easier material to made them out of – and most metal lock gates that may not have been in use during the war would have been melted down.. 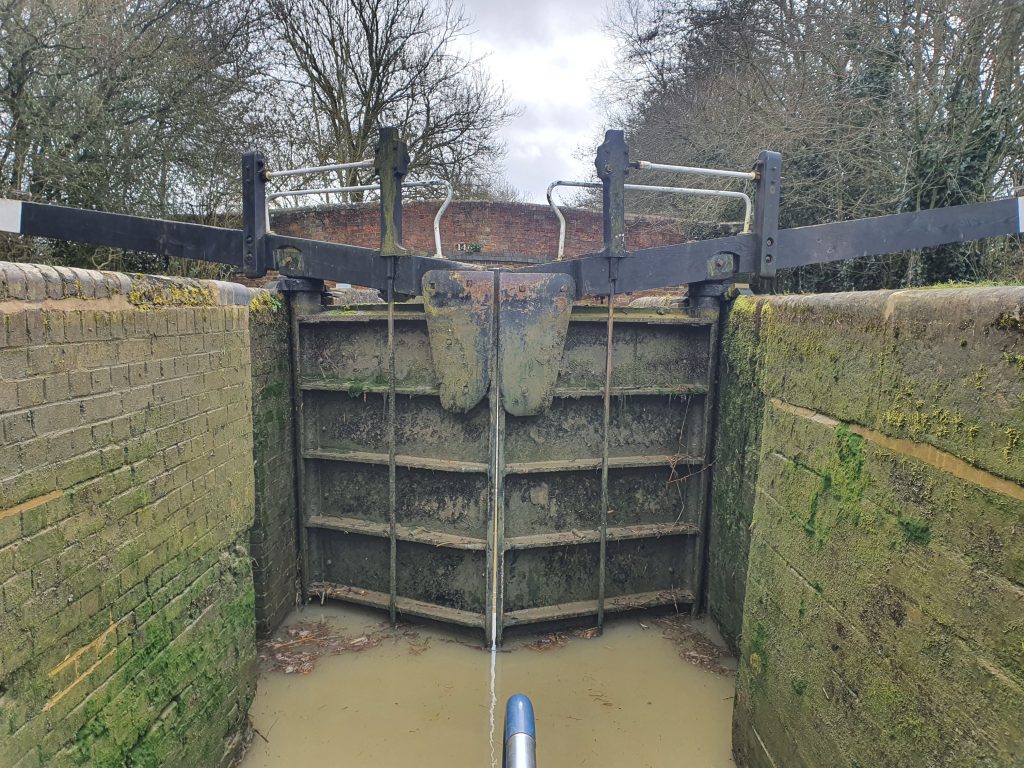 And finally up to and out of Claydon Top Lock..   clear run now onto Fenny..  with a windswept Dixie asking to get back on the boat as that’s enough walking for today ! 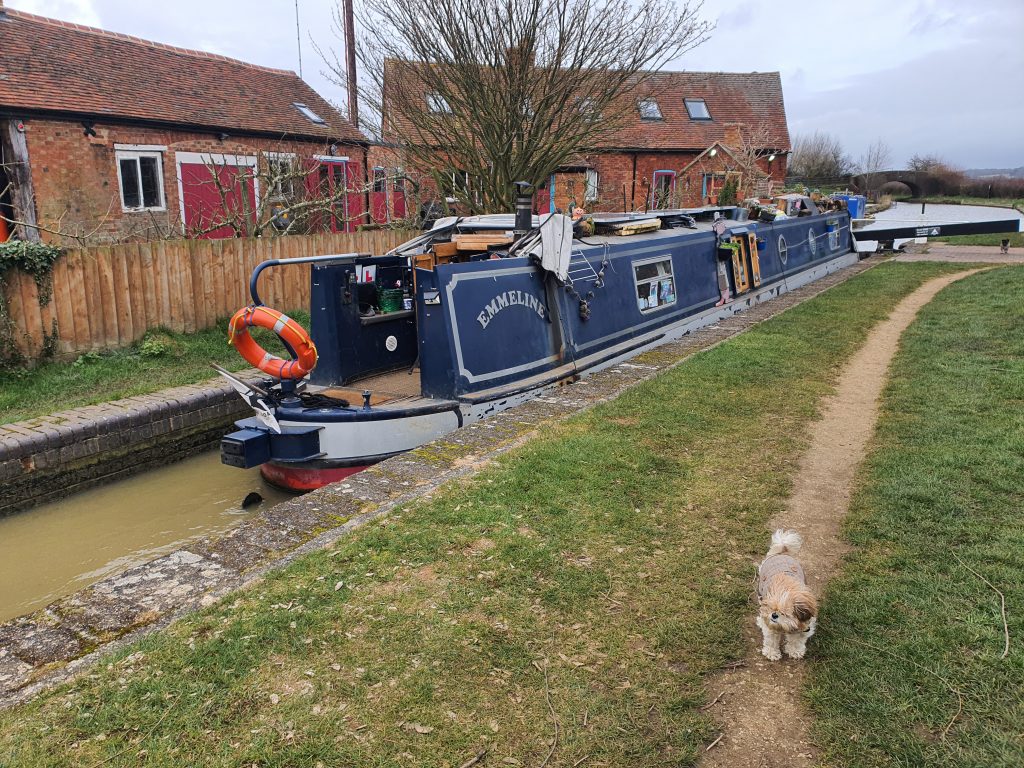 The last time we were through Fenny Compton Tunnel (which is no longer a tunnel – its been opened up into a cutting, which is the reason its narrow, straight, reasonably long but open to the elements) – CRT were sorting out the tow path here..   and now – its all done and people are already making use of the armco and the remote location!

And were moored up in Fenny Compton for the night.   It’s certainly different than the last time through – where the only space we could moor was near bridge 135 – and couldnt get in close (yes..  the place where I went in 3 times jumping from the bank to the boat to get the bow line – and cracked a rib in the process!) – now, virtually desolate.. loads of space to moor up – even on the 14 day sections.

We had stocked up on washing as they had (HAD) a good launderette here that boaters can use..  now – closed until further notice. I guess that may also be why there are not a lot of boats, as one of the taps at the water point is out of commission, no launderette – so not a lot to tempt people to stay here – other than the food at the pub – which is where were going now!