Were finally off the Thames! 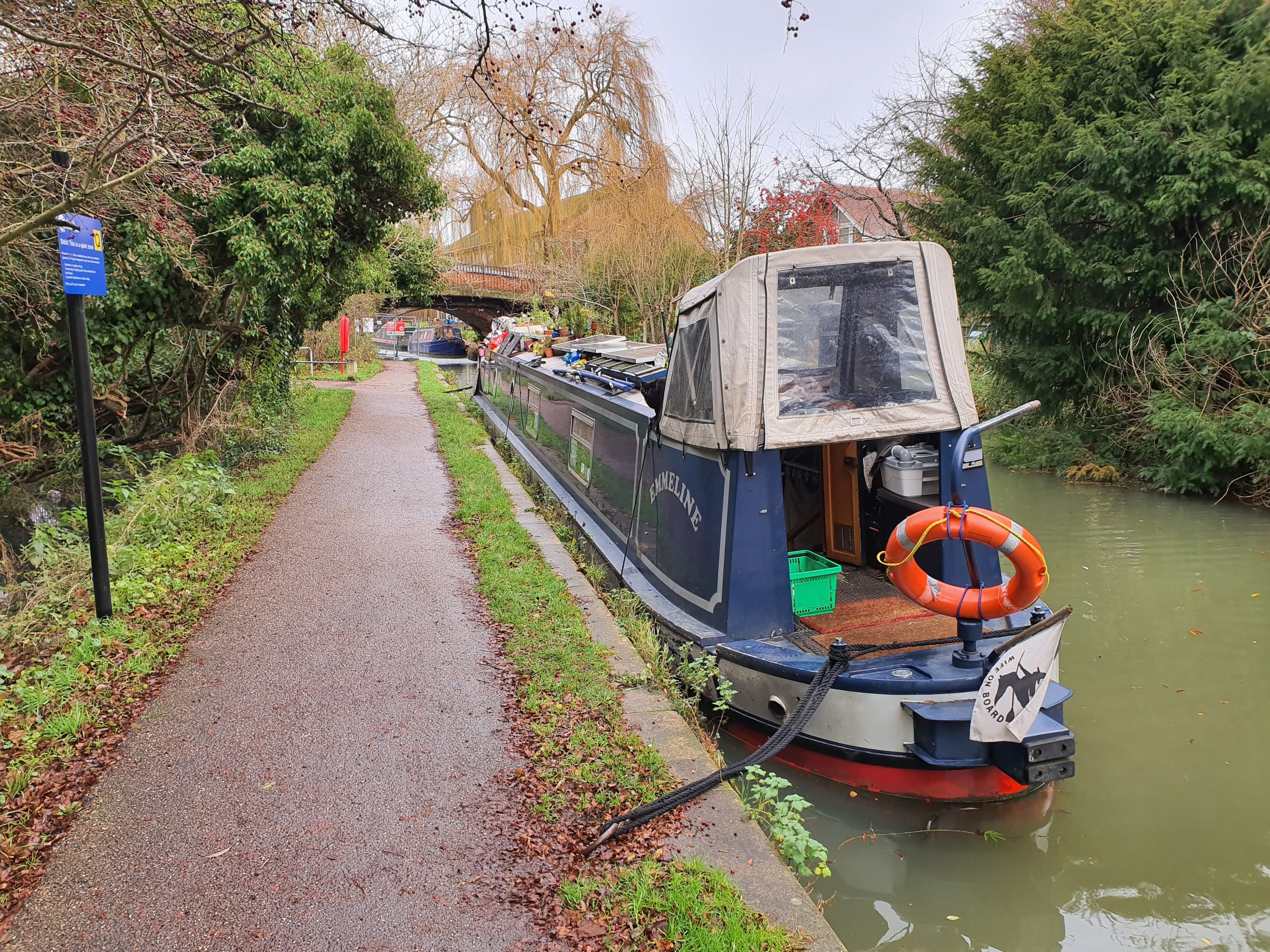 Well..   It could have been worse!   Were off the Thames at last and on the Oxford Canal. (And again – don’t expect a lot of photo’s during this run!)

Managed to speak with the Lockie before we left, thanking them for the use of the shower and toilet blocks..  He did state that he was going to wind back the main weir even more in a little while.. so we need to get going now..  Yes – having the weir closed a bit more would reduce the flow – but it would also bring the river levels up – which we don’t want or all the preparations to get under the railway bridge would be for nothing if the river rises and reduces the clearance.

The roof was prepped yesterday and the rest of the boat got ready today. Slipping the lines and keeping the boat in a position where we can get back on before it tries to go over the weir was fun..  Celeste was at the helm following shouted instructions to keep the boat still against the flow whilst Dawson and myself let the lines off..

And we had a witness to everything – one of our fellow “stuck” boaters knew that we were planning on leaving today – and came to watch the spectacle as we moved along the river and onto the canal..  if we can make this look easy..  he’s moving as well – we’ll see!

Eventually we were all back on and moving at a slow but steady pace..    Getting past the wide beam that was moored at the narrowest point was difficult – had to push the engine a bit to get past..

After getting past the wide-beam – getting under Botley Road bridge was not an issue – plenty of room, and the weir next to it was only just topping over – so the flow was running straight and pushing against it were still making head way. 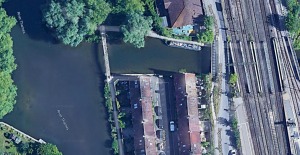 Through to Sheepwash Channel Junction – this was a tricky one – the flow spirals anti-clockwise at the entrance – so as you approach from the south, you are pushing against the main flow..  and as expected, turn in to the right, the spiral then takes the bow and pushes it to the left towards the north bank..

As its a steel arched pedestrian bridge..  going wide under this one will result in some chipped pain, dented steel work – or at worse, a sunken boat if it gets wedged and lists over far enough to let the water in the outlet holes!

Thankfully – with some energetic use of the bow thruster, the throttle and rudder, we got round the corner, kept it far enough away from the north bank to not hit the bridge, and still managed to not hit the boat that’s moored there (which seems to have been there for years!)

We measured, re-measured and cleared as much as we believed we needed to to get under this, so we should be good..  and with 1″ to spare..  we got under OK – part #3 done! 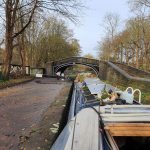 Pull in at the lock landing for Isis Lock and have a breather whilst Celeste gets the lock ready for us to go up and onto the canal! The guy from the other boat who was watching did come over and state that he would not be able to make that turn as his boat doesn’t have a bow thruster..  so it looks like he’s staying put for a while longer..

Whilst were here – lets get the reserve toilet emptied..  or not! On the map, there is an Elsan point shown – and yes.. its there, but the waterways key doesn’t work for the lock on the door. After speaking with someone – it seems that the lock is different so that only those boats with long-term moorings here can use it.  Ah well.. its back on the boat with the part full porta-loo tank! (I’m glad I didn’t try to walk this when full to here..  I would not have been a happy chappie!) 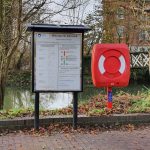 And what a surprise.. the boards red stating not to go onto the Thames!

Up and through the lock and onto College Cruisers. Thankfully, as we got there – it looked closed..  with all their hire boats double breasted against the service dock..  but – someone came out of the office and yes please..  a pump out and a full diesel tank would be very nice! 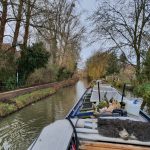 Once that was done, and we put a bit of water in the tank.. were off to find somewhere reasonably close to shops.  And that didn’t goto plan either!

It seems that a mile of tow-path along here is closed until January  for CRT to re-do them – which is fair enough.. it needed doing.. as we moored here a few years ago and had to use the gang plank to get off the boat.. but that also means that the mooring I was aiming for is also closed! and beyond the works there is nothing for another 0.5 miles.. which would take us well out of range of the shops – so its time for a 1/4 mile reverse, under 2 bridges and several corners..

Were now back at the mooring that were staying at until Saturday – when we will move onto Kidlington.  The roof is back as it should be, the seats are where they should be..  the toilets BROKE-ish!  ( yes we have an empty tank – but the toilets objecting and not flushing as well as it normally does.. so that needs a strip down to see whats wrong 🙁 I think there may be more hair trapped in the macerator which washed back down the feed pipe whilst the tank was full – which is an easy, but messy fix – so lets hope that’s it.. ) and the fresh water pump is starting to play up – looks like the pressure switch is on its way out as we need to give it a knock to wake it up!