Aynho Wharf to “The Pig Place” 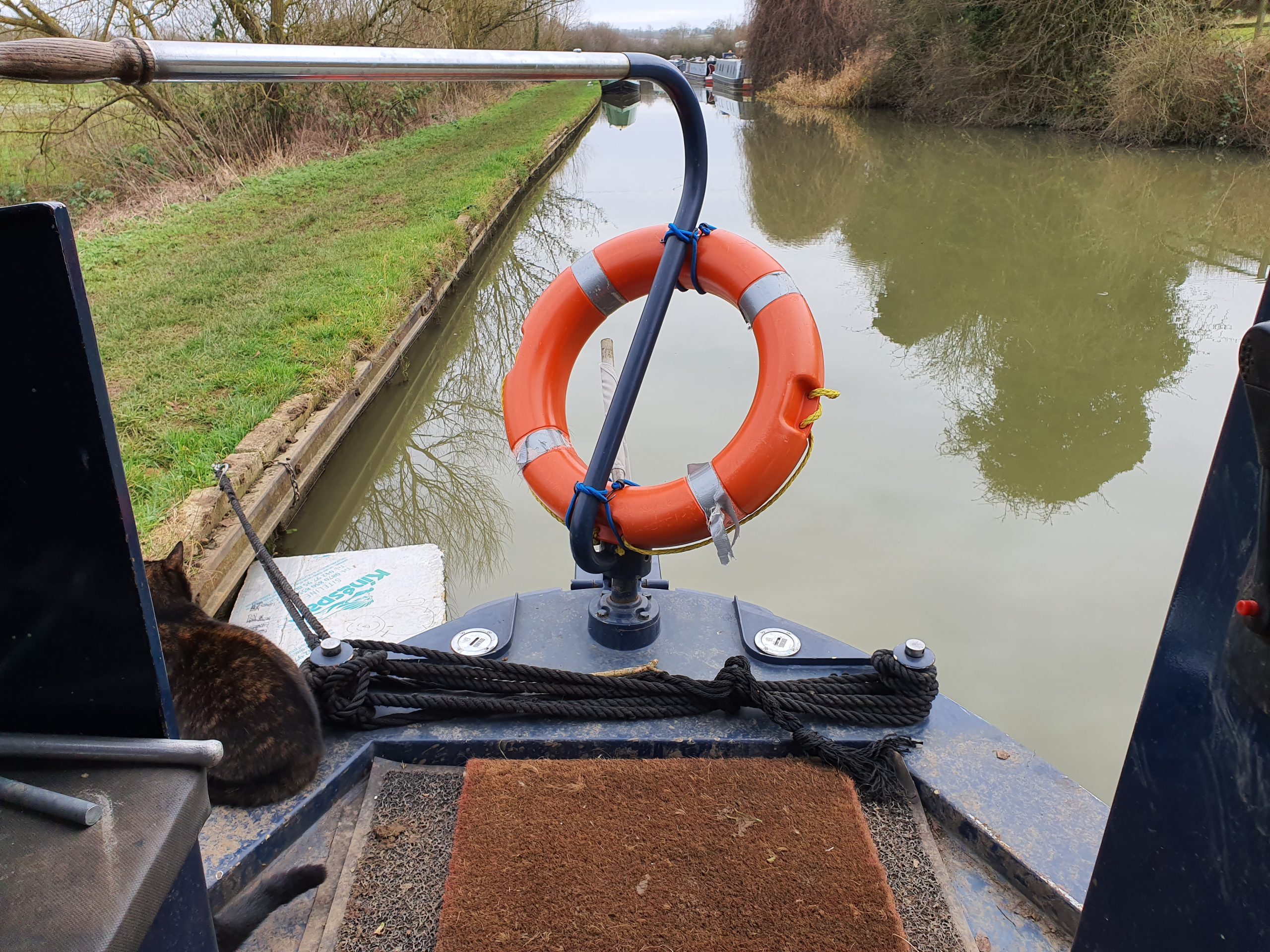 Well..   We have been at Aynho Wharf for over 3 weeks.. the washing machines at the marina were used a few times, we ran out of diesel once, ran out of water twice.. so not been too bad altogether as it was easy enough to move the boat to the other side for all we needed! (but those fairy doors on the hedgerow gave Anna some concerns).  I also got the water pump stripped down and fixed – so we finally have running taps once more!

The water receded a week ago possibly to a level where we could get under the bridge – but we still had the hire car (which has now gone back) – so it’s time we got moving.

It’s a reasonably good day today – the sun’s out, not too windy, no rain so this should be a nice little cruise.

First stop – Aynho Wier lock. When we first got here 3 weeks ago – and I took my little walk – the wier was completely topped out and the lock was also being over-topped (to a point where someone I was talking to a few weeks ago attempted to get through but couldn’t actually get the lock empty enough to open the bottom gates!) – today however – a different story. The water levels are back to where they should be, 2 FEET LOWER than they were 3 weeks ago!! and the boards are green and the Cherwell looks to be happy for people to use it.

Up through the lock and onto Nell bridge.   I did update the last entry showing the photo of the bridge from a week after we arrived – compared to today..  well, you can see the water level differences for yourself!

As you can see..  the water has reduced a lot..  enough for us to cleanly get under the bridge without having to clear the roof – which is a bonus..

And up through Nell Bridge Lock (immediately behind the bridge!)

Now..  we were going to go straight into Banbury..  but sod it.. an hour or so is enough for today and I have work to be getting on with – so thats lunch over with – time to pull in and stay a little while.