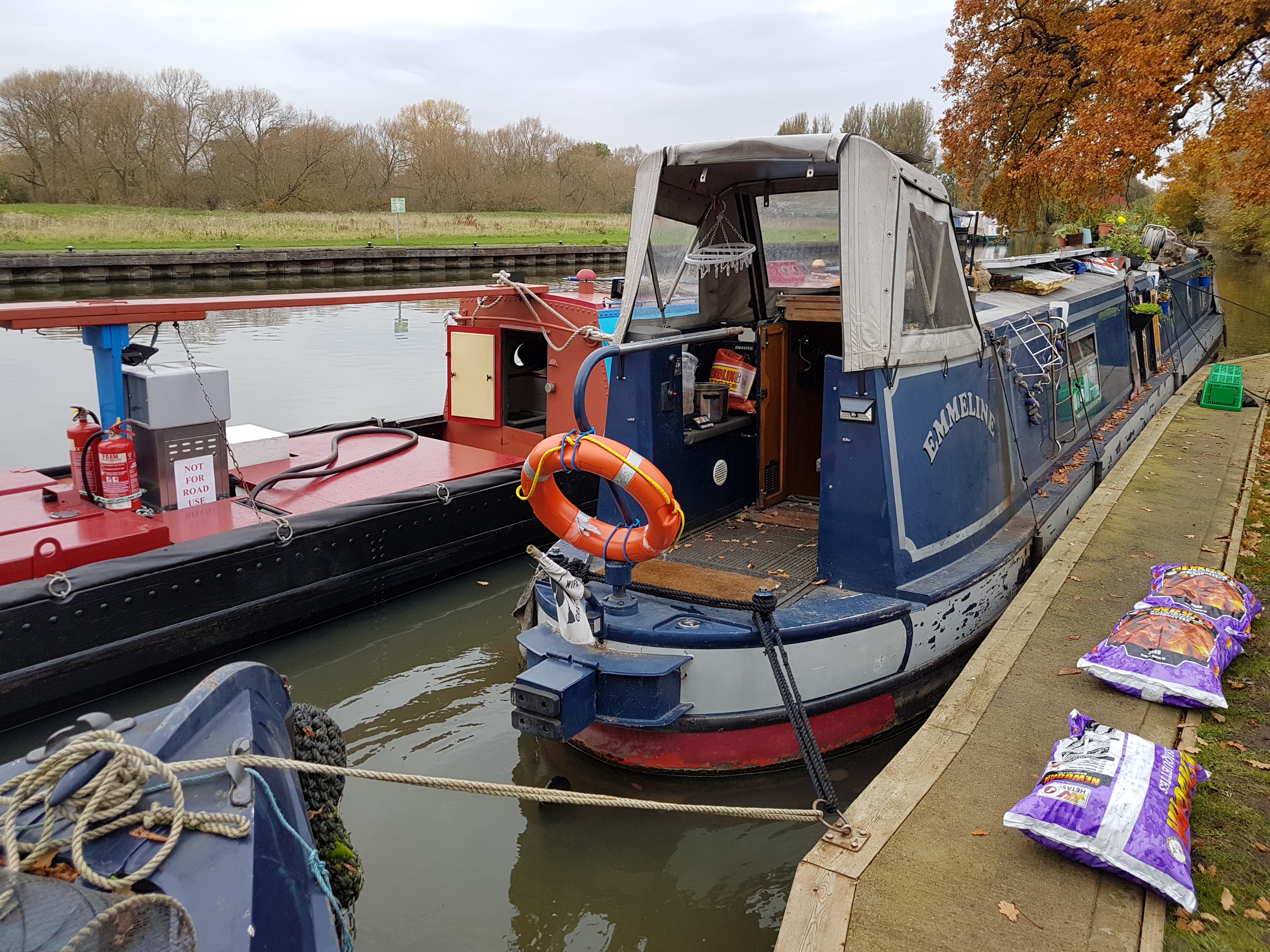 So..   The car has gone back – the boards went red 1 day before that happened – and still are!

We ran out of diesel on Friday – (happy birthday Anna) – I knew we were low – but…   so the early start of showers for all and move the boat over to the pub had an extra job – empty the reserve jerry cans in one of the tanks and turn off the taps to the other (that one can stay empty for now)!

Were still moored at the pub – at £10 a day.. but that’s because the lock landing we were at is being ripped out tomorrow ( yes – this lock is classed as closed due to there being nowhere for boats to stop)

Needless to say – whilst we had a car I ran to Sainsbury’s several times to refill, then empty them in the tank so we had something – as when the red boards drop – we still need to get to the Oxford canal.. and pushing upstream will take a lot of fuel – which I am now worrying about if we have enough – running out midstream is something I dont want..

So 40 litres of  “street” diesel at road prices later..  we now have 40 in the tank (minus the 6 we have already used standing still charging the batteries) (with the original spare 20 that went in on Friday).. and 20 on the rear deck – just incase.

We managed to grab the lockie whilst he was there, and thankfully – he is still happy to fill the water tank for us – so its back into the lock, tie up, hose out, and once full – back to where we were outside the pub!

After the run down south, I also have the desperately needed fuel filters and oil – so a full service for the engine.. all 3 fuel filters, the air filter, oil filter and oil swapped out – and thankfully – the occasional blip from the engine has now gone – and yes – there was a trace of diesel bug in the first filter from the tanks so it looks like I will be changing that one out a lot more often – good job I got 12 of them then! 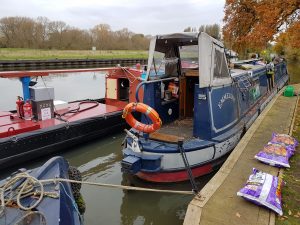 And so..  onto today – the now all too boring job of check the weather, check the Thames conditions site is showing no chance of moving today..  but the levels are dropping..  and – a familiar noise of a traditional engine came out of the lock this afternoon (just as I was getting ready to walk the hour or so to Sainsbury’s for more fuel incase we can move tomorrow!)- OMG! A fuel boat..   I have never been happier to see a fuel boat before!

Thank you Thames Diesel for coming this far upstream from Stains against red boards (it was on someone else’s phoned in order – but hey..  if we can have some too – makes it a more profitable run for them!)..  I know a few days ago someone did state that a fuel boat was on its way – but I never expected to see it whilst the boards were red.

So..  150 litres of diesel (and that’s to fill the tanks that already had some in!), 2 bags of coal and 1 engine service later – I’m now slightly less panicky that when we can go we will get to the canal OK – If only the rain would ease off as the river levels are dropping today..   if the rain does ease off – there’s a slight chance that the red boards would come down tomorrow..