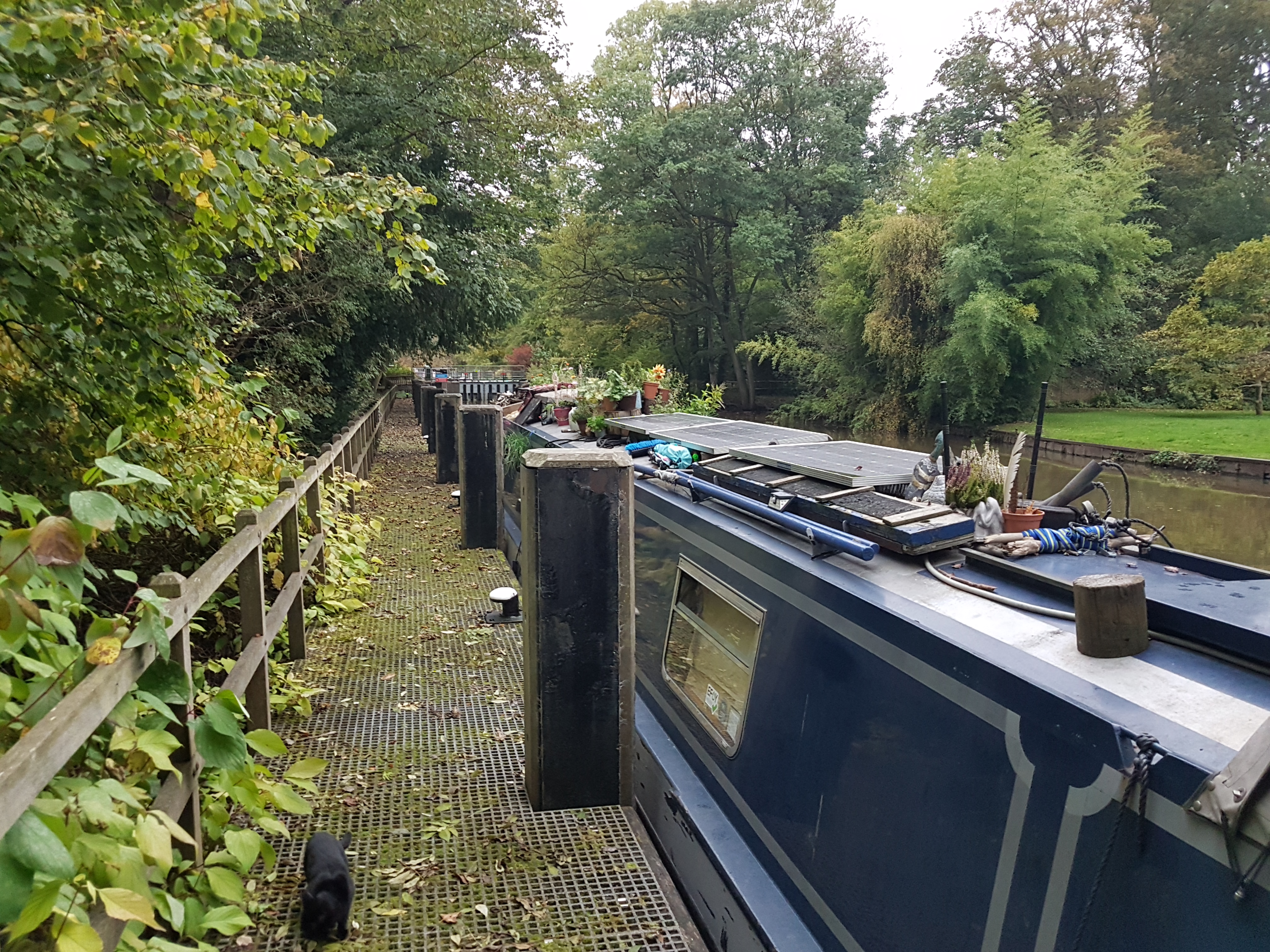 The day was going oh so well..   We set off from Caversham once the stream warning board changed to yellow. Thankfully, we still had all the cats in from the night before – with the nights getting colder, there not interested in spending all the night out!  ( thankfully )

We managed to get 6.7 miles and two locks on, but the going was heavy – and at some points we were down to <1.5mph (at least I now know that the speedo on the GPS cuts out at less than that!) 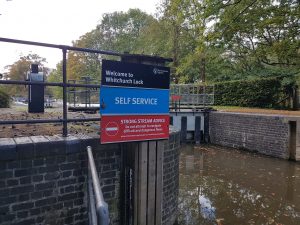 Arrived at Whitchurch lock – and another red board. So the stretch between here and Goring lock is still under a strong stream warning. So this is as far as we get for now – which is a pain as we were hoping to get to Goring today to see friends.

Oh well.. As there is no lockie to approve our stay on the landing.. and I don’t fancy backing up in this stream – we’re forced to just moor up at the end of the lock landing. Let’s see what we get tomorrow as the rest after this stretch is yellow.. this is the only red bit.

Its not the best lock landing – yes there are bollards, but the grating used is a bit like a cat grid which they really dont like walking over – but they will just have to make do.

Some may say to just go for it.. but.. as the boat insurance is void if I go past a red board.. Let’s not risk it.

**Update: At 11:30 this evening..  another boat arrived! Pitch black – navigating with only a torch..  I asked if he was pulling in as I would help with the lines.. but no.. he’s going straight on regardless of the boards. After checking he was sure – we operated the lock for him and let him on his way – hopefully we wont see him once we get out of the lock ourselves hanging over the weir..  and he got to where he needed to safely..