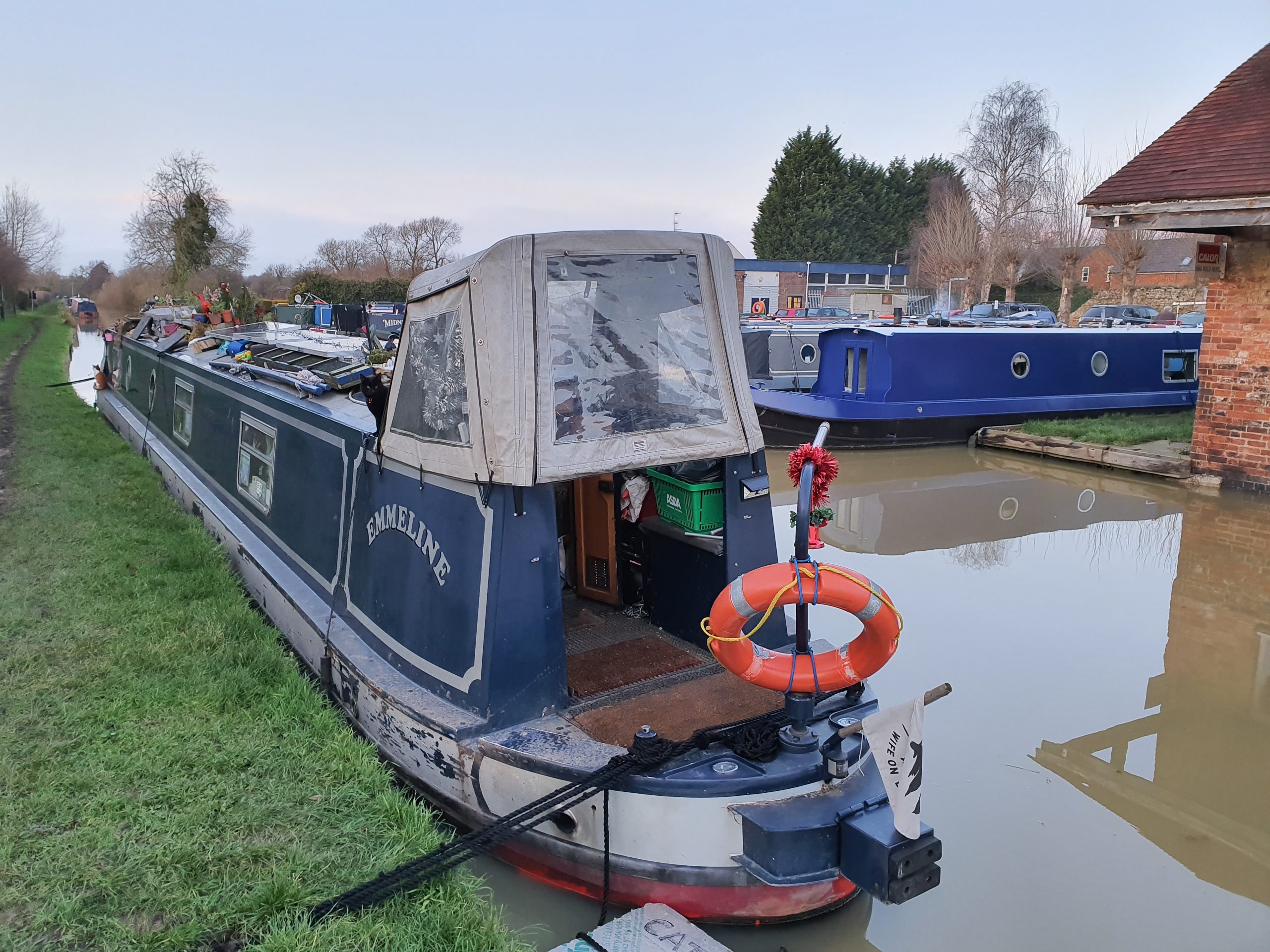 OK – so were as far as we get..    It seems that the River Cherwell has given the Cherwell valley quite a bashing over the last few months..   but you will see that from the photos!

Set off this morning from Allens Lock – with the hope that we would get close to Banbury – we had a lot of rain last night – which will not have done us any favours in getting under Nell Bridge at the end of the next phase of the River Cherwell..  yesterdays Cherwell run didn’t involve low bridges..  just the possibility of high waters and strong streams which proved to be not a worry..   today..  if the levels are too high.. the clearance to get under the bridge will be reduced – and we will end up not getting any further – but we will see…   lets get to Aynho Wharf – and go from there! 😀

Up through Heyford Common Lock.. and the flood plains look to be – well – flooded..  and this is a little worrying..

Past “Cowfield” as I call it..    earlier in August when we were heading to the Thames we were moored here (there is no post – its one of those missing ones!) where the cows were in the field next to the mooring and started eating Anna’s Black medic from the roof! 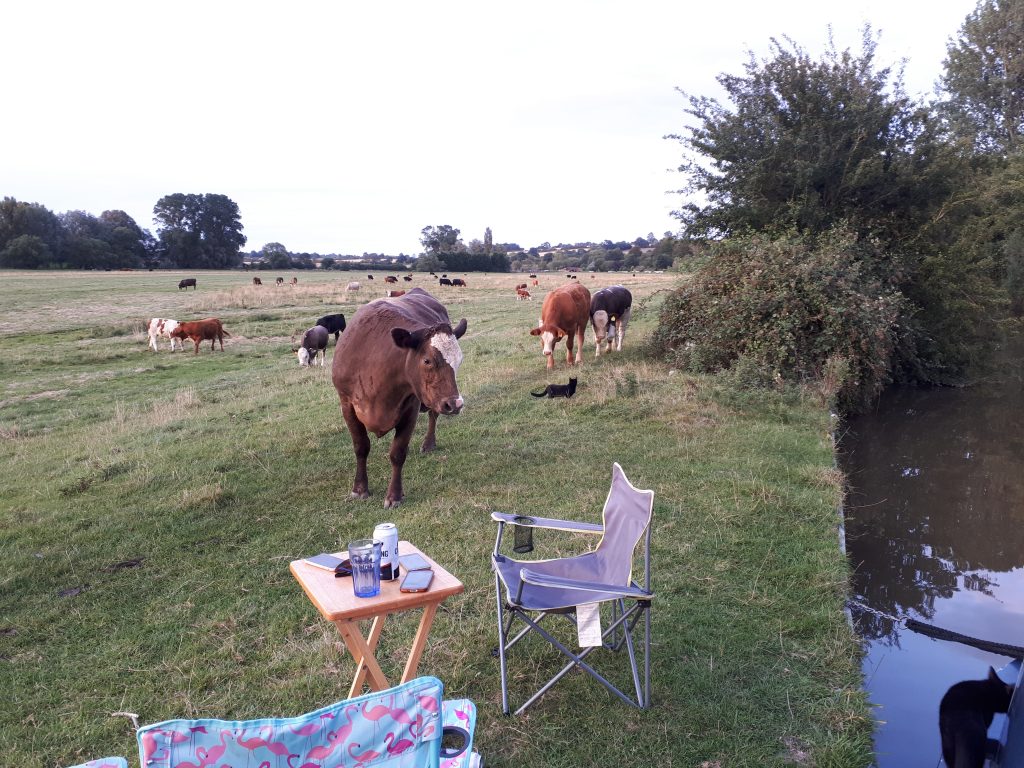 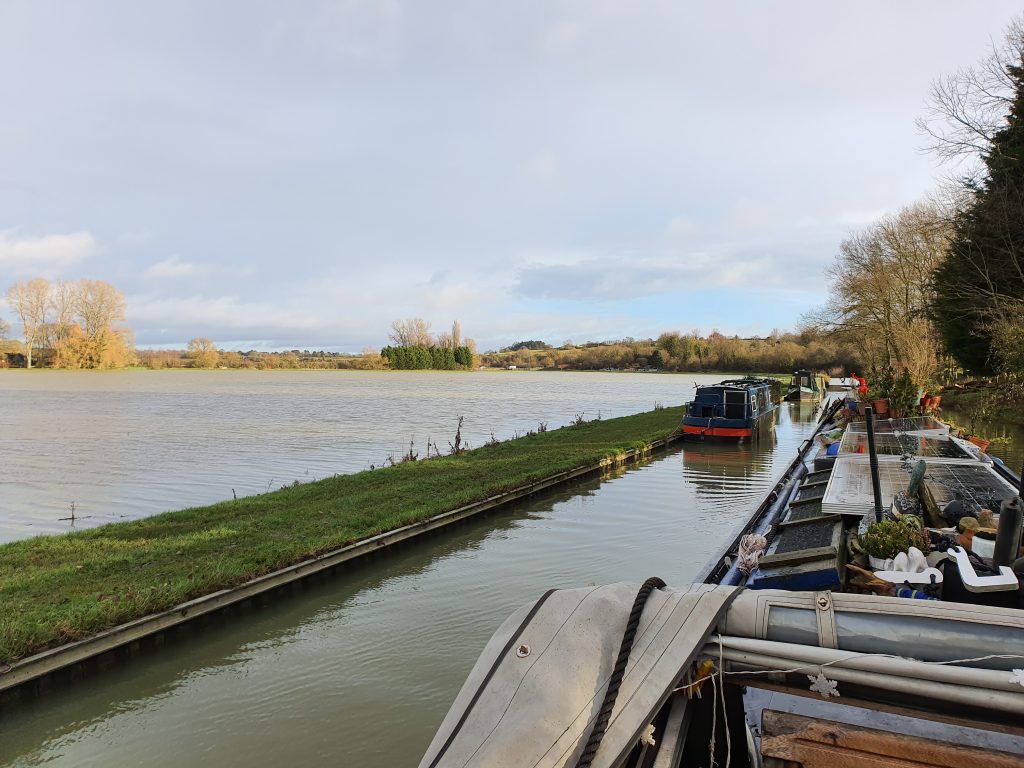 Onward – and up through Somerton Deep lock (12 feet drop – this one!) – and a higher view of the flooding..   which is still going..  was hoping it was just being to be flooded in the lower levels.. but this high up – looking worse for getting under the bridge..

The wind is also picking up a bit.. was very difficult getting in and out of this one – had to leave the kids at the lock and find a sheltered part to pick them up! (which was not too far away)

There was also a very jittery pony on the tow-path..  slow down.. go past on tick over – don’t want to spook them..  certainly not with the “smaller” rider in the saddle..

On into Aynho. Now..  there is space here after the residential’s.. so if we cant get under the bridge, I can back up and stop here – but lets see what we got further on..

Upto Aynho Wier Lock – and yea..   the field is topping over the bank and flooding back into the canal..

Pulled in at the lock and went for a walk..   the weir is totally topped out – I have never seen the Cherwell this high before (but not having seen it in winter – I don’t really have a comparison!).  Nell bridge..   there is no chance were getting under that. The Cherwell is 2ft higher than normal and even if we cleared the roof – the main superstructure of the boat wont even get in there – so thats it – no further for us (sorry no photos.. left the phone on the boat! – over the next few days if I walk up there I may update this)

So – time to reverse back to a mooring at Anyho Wharf.   There is diesel, pump-out, water and gas available here – so the boat will be sorted if we dont get moving soon..   as for shops – none within 2 miles..   ah..  that could be a problem but one that we will have to deal with when the time comes..

Tonight however: A table at the Great Western Arms – tomorrow..  We will have to see.. 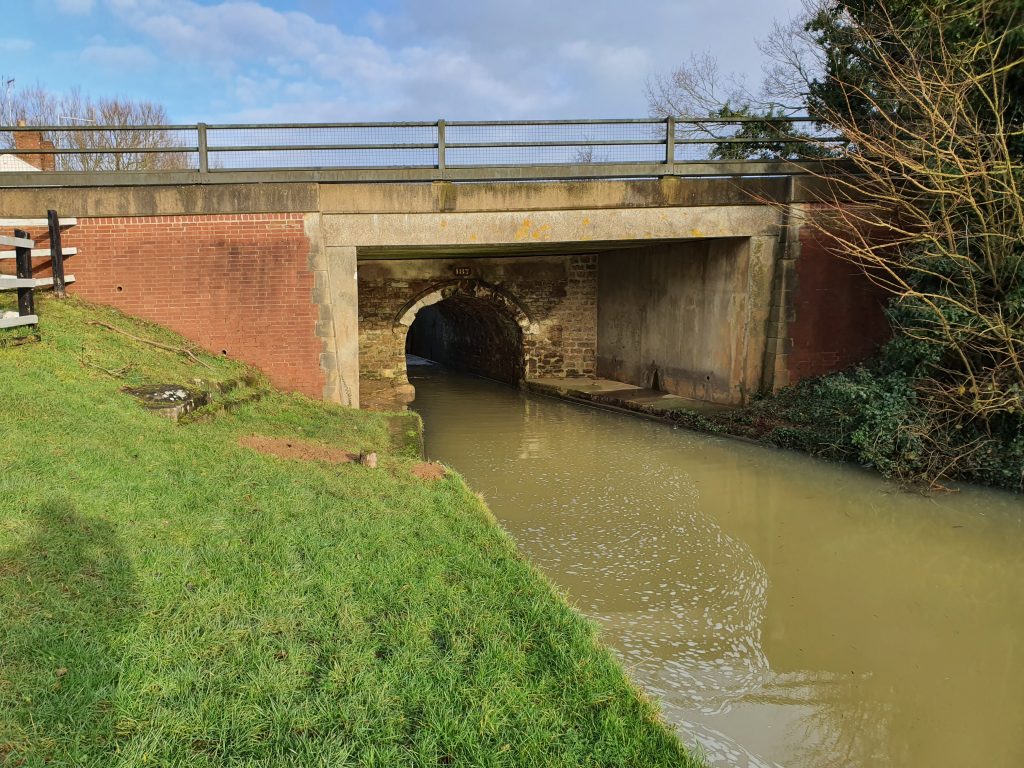 ** Update: Got back to Nell bridge a week after we arrived..  and managed to take this photo..   the concrete on the left of the bridge will need to be completely out of the water before we can get under..   and a week before this was taken – you could not see any of the concrete..  looks like we will be here for a while yet..