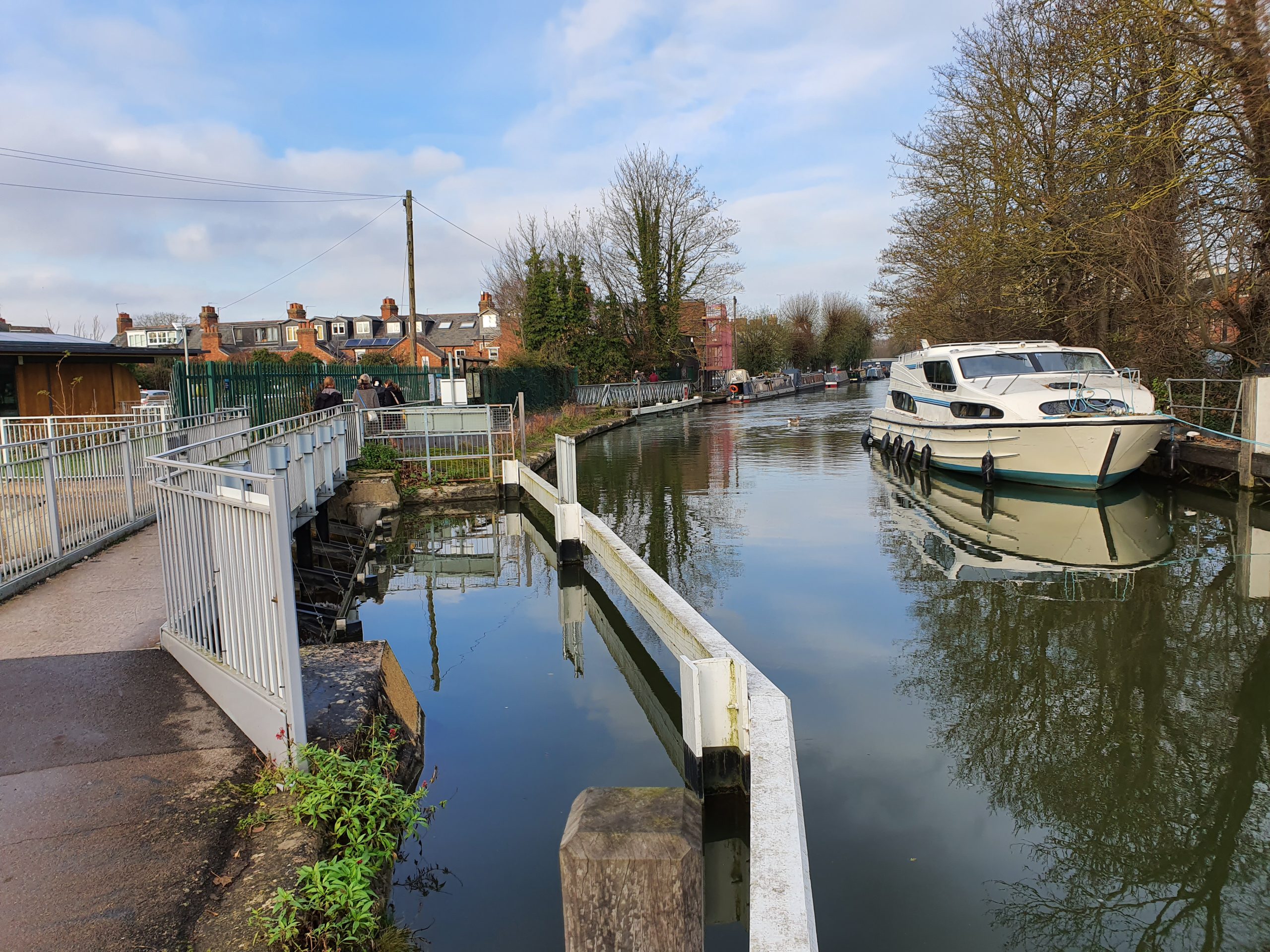 Yes..  it’s not been that bad to be honest, with the use of the toilets and the shower facilities, wood from the builders, coal from the garden centre (when we had a car!), the daily water run with old 2ltr bottles..  its been just about liveable, but we need to get this boat sorted, and being on this river is not allowing us to put the seats away, store the kit from Anna’s last market run or anything.

Yesterday, an engineer for “Le Boat” came to check over and winterise the hire-boat moored at the lock – so there not expecting to be able to move that until well into the new year.. I can see why.. there’s no way that’s getting under folly bridge until at least March!   sod that! 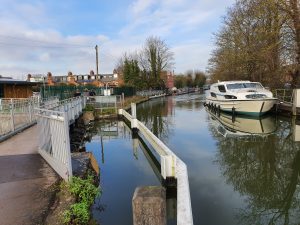 The cold evenings have allowed the fields to freeze over – which in turn has reduced the amount of water flowing off into the river. This has allowed the weir to be closed off..    all 5 of the side sluices are shut and have been for a few days now.. and the main weir is now down to 80% (needs to be 60% before the red boards will come down). The flow of water is now rather gentle compared to last week and the head-room under the railway bridge has been measured as the water levels have dropped 2″ from where they were a week ago.. (with the extendable dog lead!) and were clearing out the roof to ensure we can get under it without having to stop.

The water level under the lock is also dropping..   it was 2 feet higher than it is now 3 weeks ago! (it was well over the 11′ mark then!) 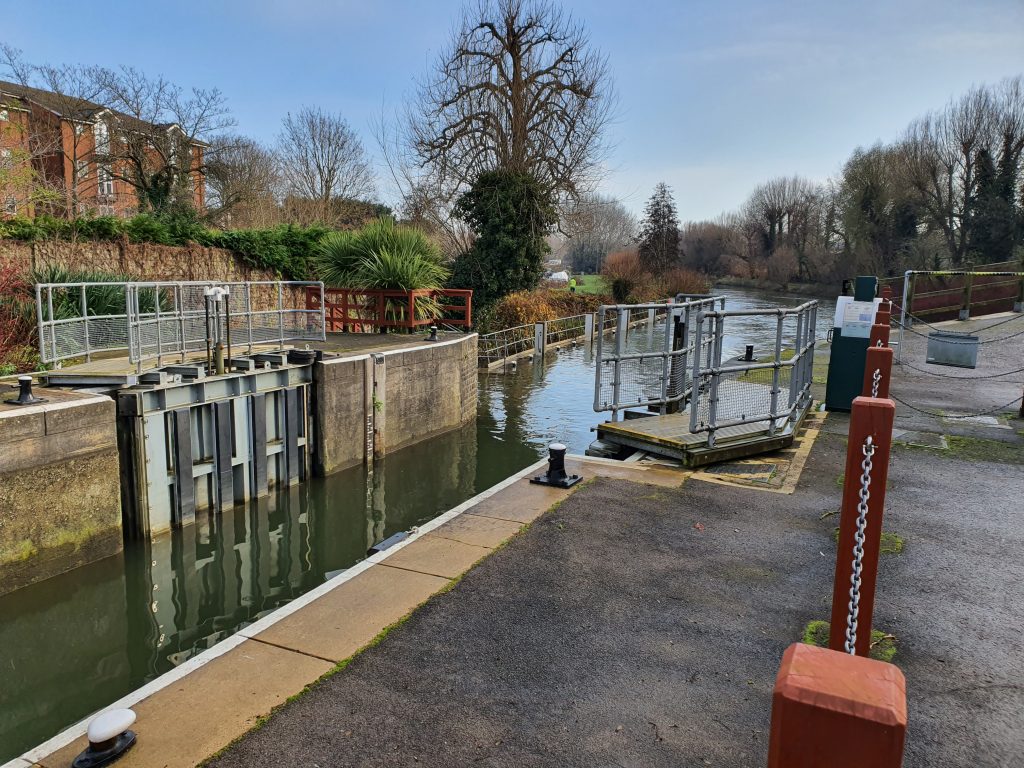 Yes we could wait until the red boards do actually come down.. but there is more rain planned for Friday, Saturday and Sunday… and were not risking the conditions changing from what they are now..

Current water flow..   should be manageable with no surprises..

There are also other indications that the weirs are closing..  the Archimedes screw is running..  so there is less going over the weir and more being forced through the generator..