After all the wind and the rain last night..  I came out from the boat expecting to see not a lot left on the roof!  But thankfully all the pots were still there, even if a few were now on their side.  However: The tall pot on the bow was no where to be seen.. so its gone over and in the river.

Thankfully – its a metal plant pot.. so its out with the magnet and lets see if we can locate it. After a bit of sploshing with the magnet – found, located and dragged it to the side where I could try to lift it out.   Its now back on the bow – TIED to the tunnel light bracket – as there is even more wind and rain expected today – and losing this mid river is something I don’t want to have happen..

Celeste and Dawson were doing a lot of the piloting today..  letting me get on with work – only coming up when needed.. 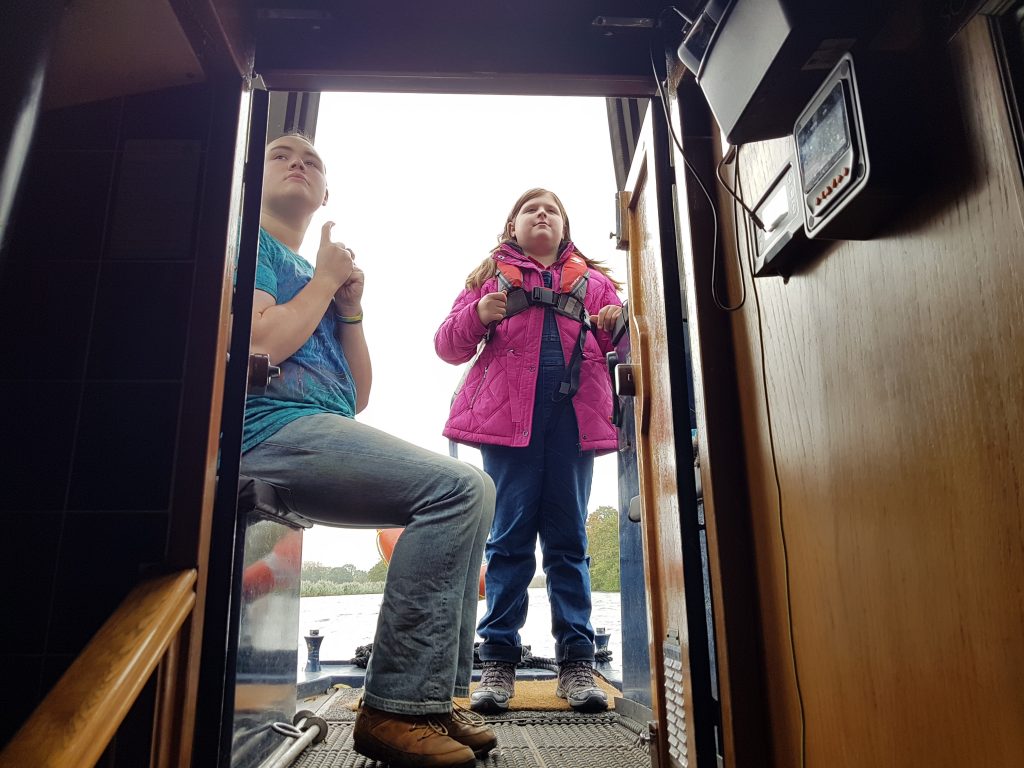 The approach to Clifton lock had a new feature.. but not one that we want to ever experience.. 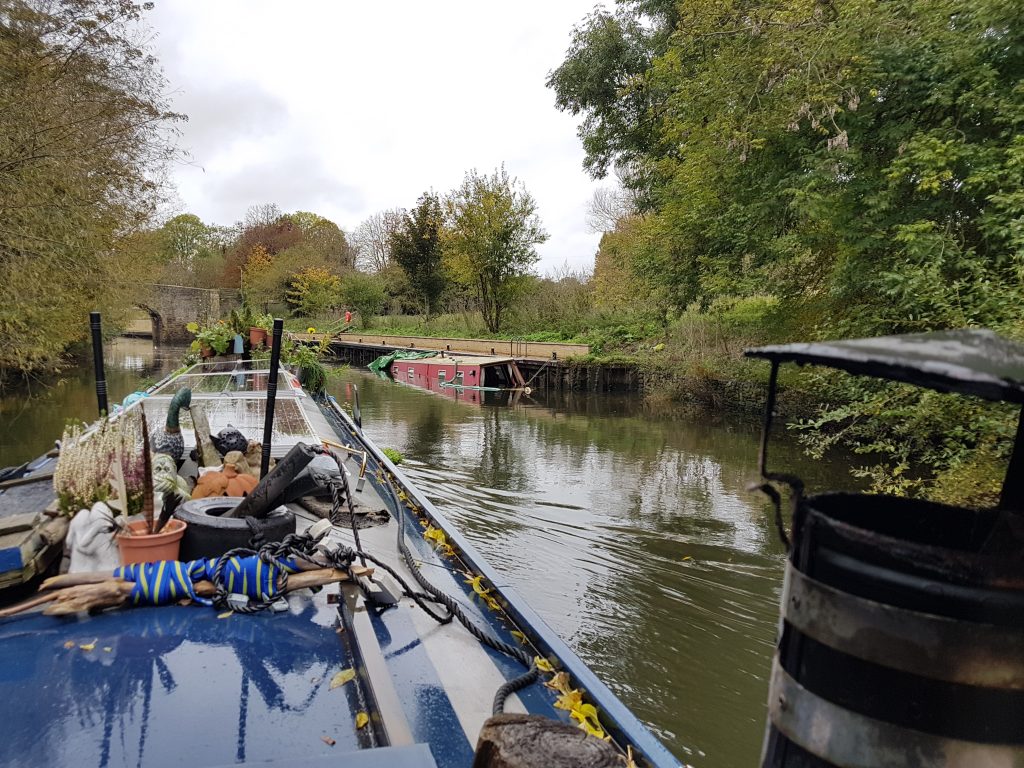 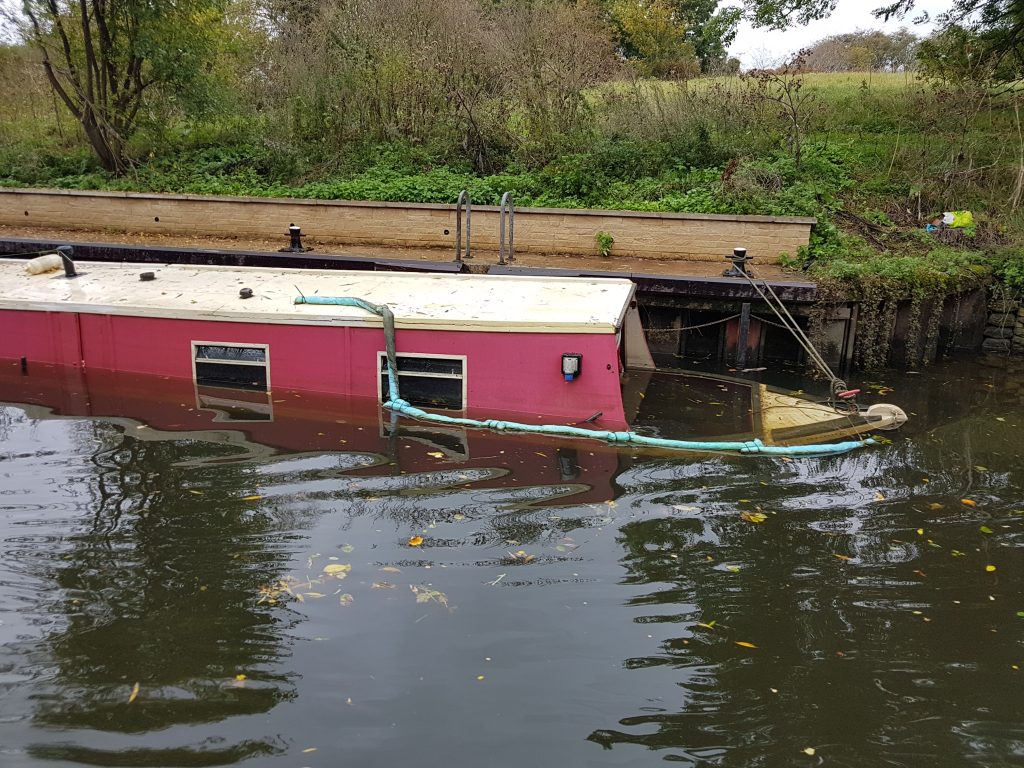 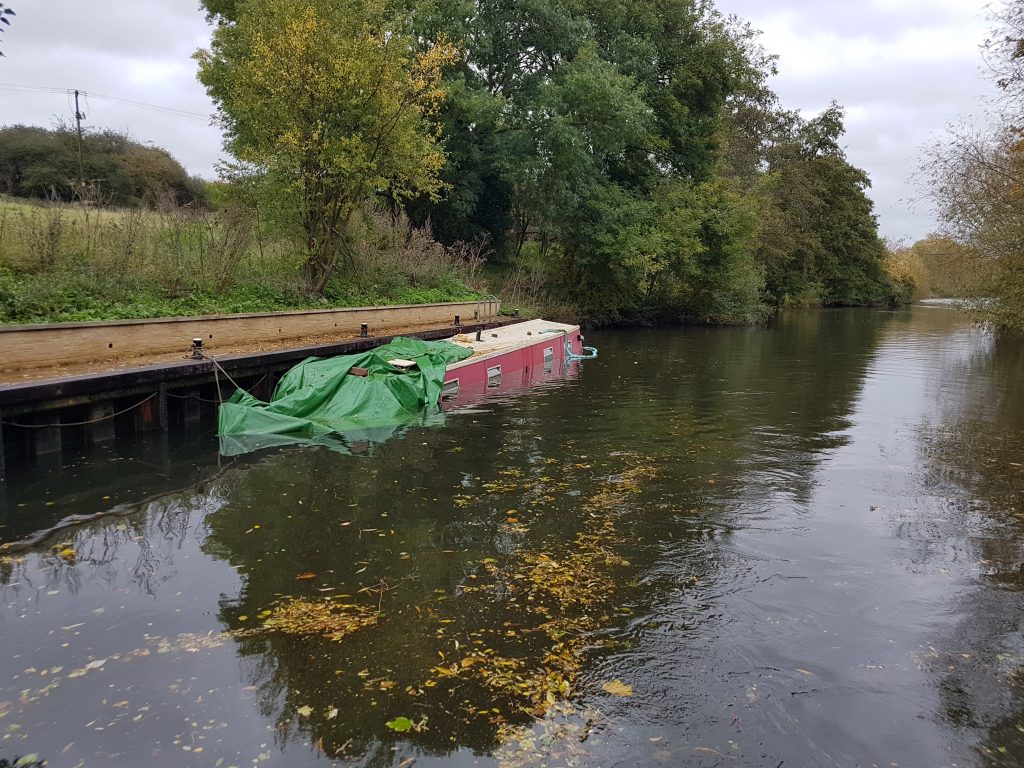 The lockie did state that the boat was only purchased in Oxford.. first run.. they took it out on the Thames.. and this is as far as they got before it sunk – 3 hours down stream..

It wasn’t even the weather that caused it.. it was “just a piece of junk” and “A bad buy”.

And that’s why if you buy a boat.. you ALWAYS have a survey done before parting with the money!

We got to Abingdon-on-Thames and pulled in so that a shop run could be done – at which point we found that the trolley was also lost overboard last night – so that’s a new shopping trolley needed as well! This has now turned into an overnight stay and we should be moving on again tomorrow. 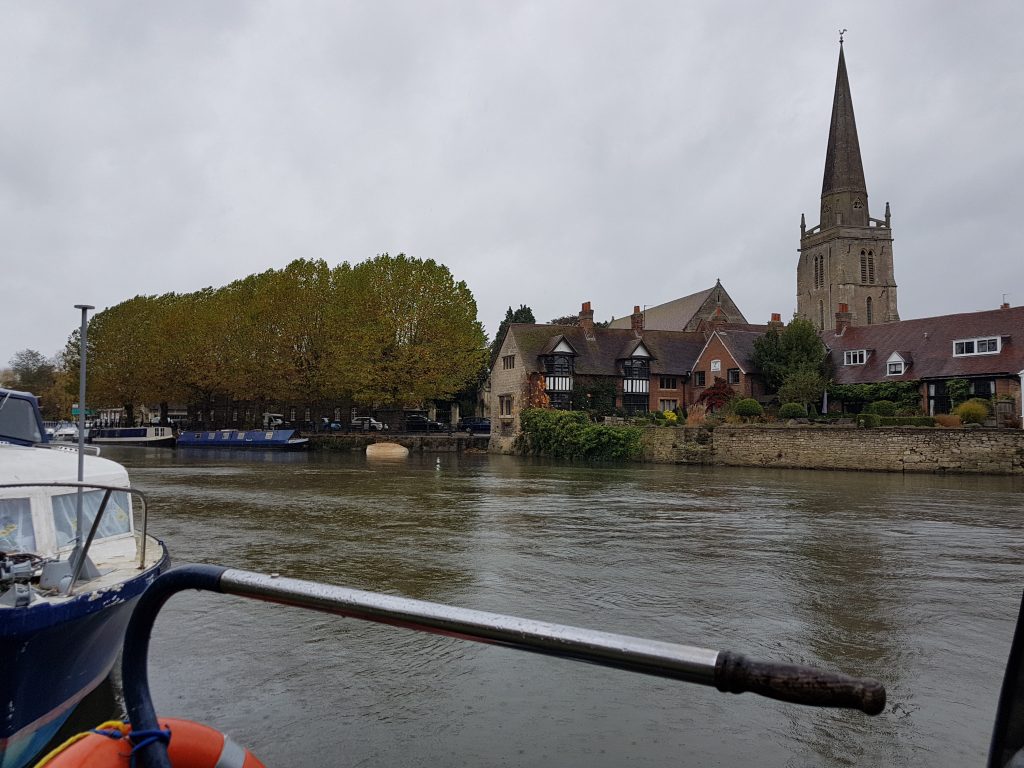