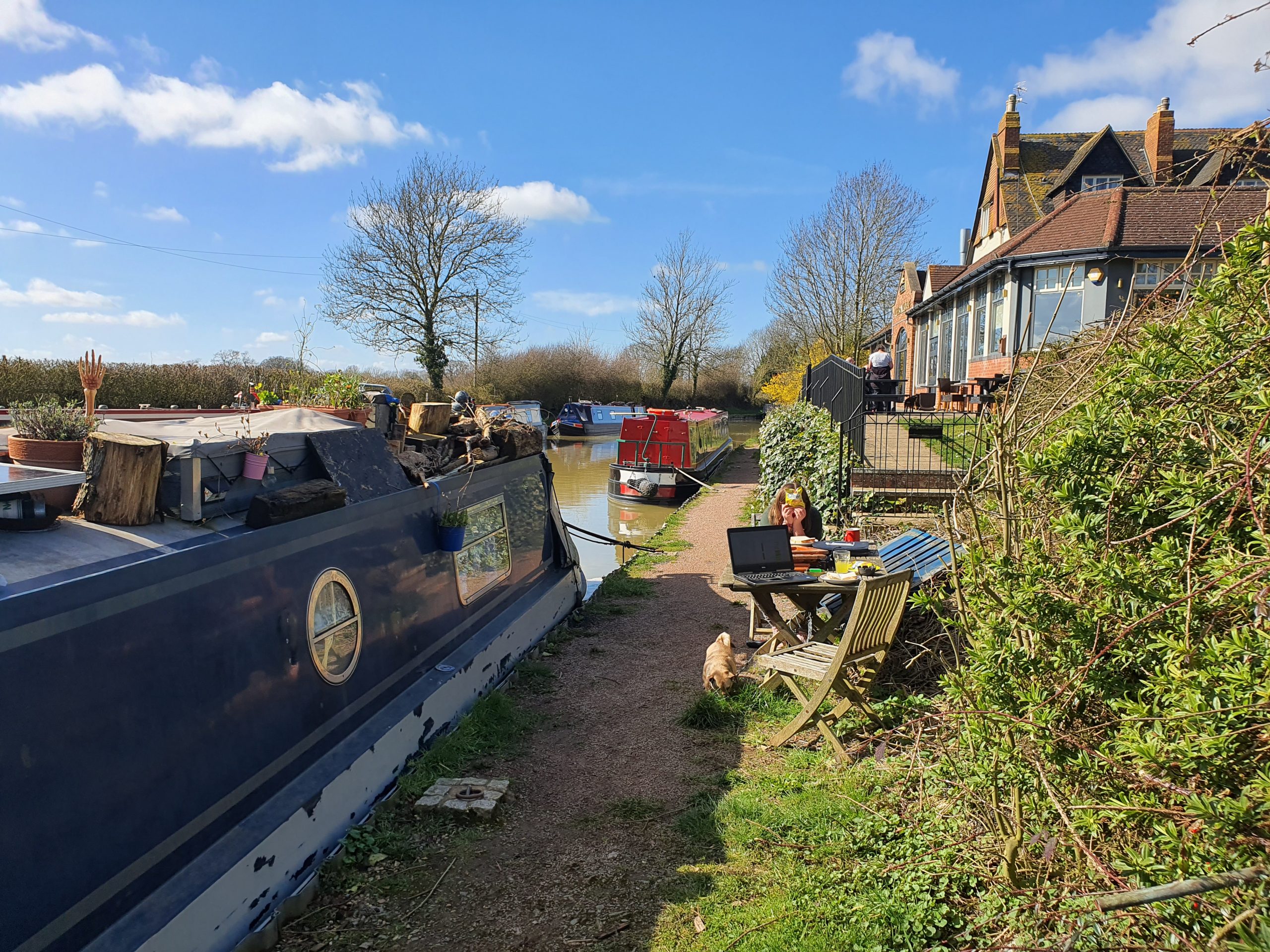 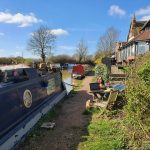 Were still in Braunston – outside the Boathouse and Glen (landlord) is rightly worried – as are most other publicans – about what to do if the government shuts them down this coming Friday – or even if they DONT!

Being a Marstons brewery pub – they are of course stating that they must stay open until the Government tells them not to be. We were in there last night – against government advice about groups of people being in public places – but; there was not an issue there – as we were the only ones in the pub – other than Glen manning the bar!

Its the other mom -n- pop shops that have the real worry – they are trying to stay open – the government has not told them to shut – but they are telling the customers to stay away – so what are they to do..  no customers, no trade – but still have rent, wages and taxes to pay for.  I do feel their pain on this one!

Were going to be moving on this weekend – after the rudimentary empty and fill of the boat tanks to give us 2 more weeks of breathing space – with a target of Newbold on Avon (if there is space!) – there’s a post office, a local shop (that may still be stocked) – water point and a takeaway (we do like the food at Fishsmiths 😉 )..  It’s looking like a Mr Tesco delivery may not be happening – as when you place the order – it is assembled from whats on the shelves at the store nearest to the delivery address.. and as all the supermarkets seem to be turning into hardware stores – only selling empty shelving products – getting a home delivery is not going to happen until those shelves can be re-stocked.

The last day of having the car before it went back was an interesting one – popped into Sainsbury’s on the way back from Slough – with the hope that I could get the few things we needed – no chance..  absolutely nothing – plenty of shelving at discounted prices..   what is this..  Waterworld! ( I’ll have those shelves and that tomoato plant!) 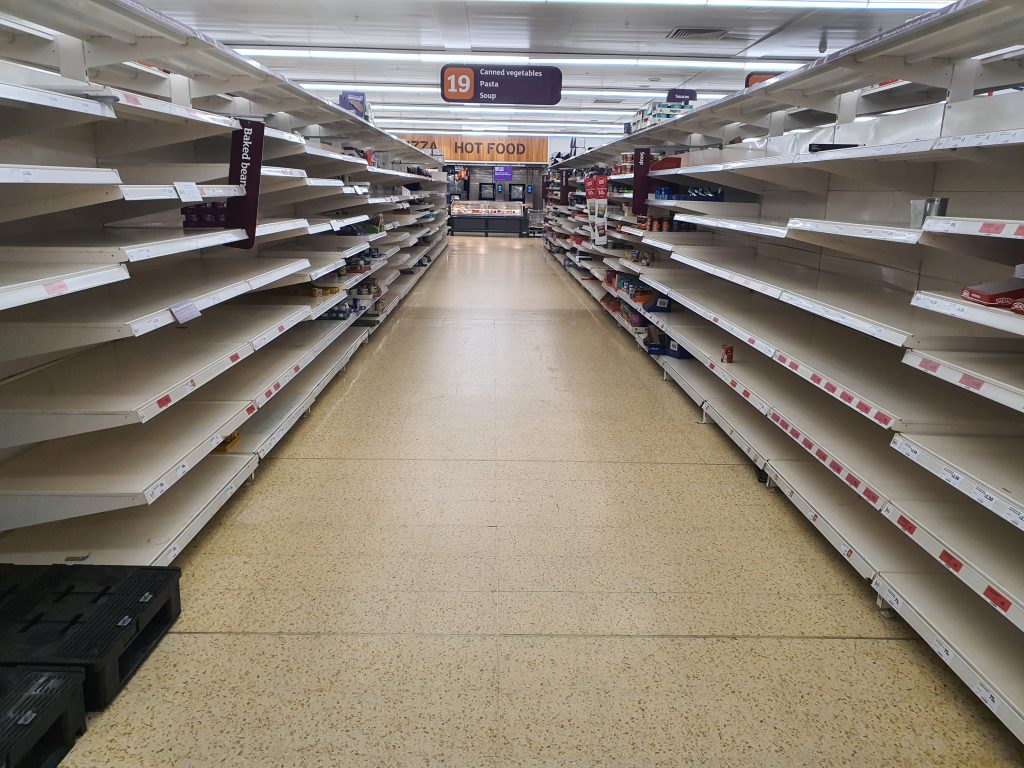 I did manage to get one (yes ONE!) bottle of washing up liquid – only because it had fallen over at the back of the shelf that only someone who was 4ft tall could see..

On the way back from Banbury – I called in at the local shop in Cropredy – having been there a few weeks (and no – I checked but no sign of Luna 🙁 )  – I knew there was a chance they may have something – and yes – thankfully.. they are still fully stocked..  they even have toilet rolls!    So the needed necessities, along with some paracetamol have been obtained to see us through the next few days..

Lets hope that the local shop in Newbold will prove as luckily fruitful when we get there.

Join the Conversation - leave a reply:

Sorry - No GPS track for this post.
We've not gone anywhere!